~It’s all in the Feather~

I was lucky enough to attend a pre-screening of Dumbo, Disney’s newest feature-length film this week. I have been looking forward to this movie since it was announced, well over a year ago. How exciting that a live-action remake about the lovable, blue-eyed pachyderm was in the works. Now after seeing it, I wanted to share my insights (without giving anything away) on how Disney has brought to life the endearing story of Dumbo in a most satisfying way.

This movie is so charming, that, even if you aren’t a fan of the original cartoon Dumbo or just aren’t familiar with it, you will still find yourself enjoying it. The story weaves its tale by highlighting the undeniable love between a mother and her child. After Dumbo’s mother is sold following a mishap during a show, He & his caretakers come up with a plan to buy her back using his newfound talent of flying!

The plot twists and turns following this are fun to follow, and entertaining to the end. My daughter and I loved getting to know the friendly circus characters, who add a lot of extra pizzaz to the film (Hello, Mermaid lady). The scenes with Dreamland, which is an attraction park in the vein of Disney Parks, will spark your imagination as you follow the characters on their journey to their new circus home. And, every time Dumbo flaps his ears and glides through the scene, I dare you to not pine for just one flight on Dumbo at Disney World!

~My thoughts with kids~

Children of all ages will absolutely fall in love with this movie. The kids seated beside me were Oohing & Ahhing over the scenes when Dumbo took flight, laughing at sillier scenes, and even sympathizing with him during the scenes where his mother was taken away, or someone was laughing and poking fun at him.

I had my 16-year-old Disney (and Dumbo) loving daughter with me, but the preschoolers and Kindergarten aged children seated beside me were an entertaining gauge of where this movie takes kids emotionally. With comments like “Mommy, why are they mean to him”, or “Mommy, why are they taking his mommy away?”, It’s clear that this movie is not only magical for kids, but it’s also enabling them to engage with emotions of empathy, which is wonderful on so many different levels. As a mom of 5, any movie where I’m getting all of those emotions out of my children tells me that they are completely entertained and 100% immersed in the emotions that are being played out on screen.

~Tip for parents with preschoolers~

The only “scary” type scenes happen during the latter part of the film, inside the Dreamland park, where there is an attraction with exotic animals. The preschoolers beside me were OK with these darker scenes. They actually thought the exotic animals were super and became excited by them.

Expect to feel all of the emotions as you travel through the 1940’s circus world of the feather-loving Dumbo! Disney always does a fabulous job at its reimagined films, and definitely deliver a family friendly, action-packed, tear-jerker of a remake in Dumbo. I feel like they genuinely hit the mark with this live action film version, and I propose you make plans to take your little ones out this weekend for a “Family night out” with Dumbo, the flying elephant. You’ll find yourself hugging your children a little tighter, especially during the tender scenes with Dumbo and his mom (It’s totally OK to cry, I did), and delighting in watching their imaginations take flight.

The movie officially hits the box office this Friday, March 29th, 2019. Its 115 minutes long. This film is directed by past Disney director, Tim Burton (Alice in , Frankenweenie) and is rated PG. Don’t forget to bring your imagination for the magic & Kleenex for the tears! 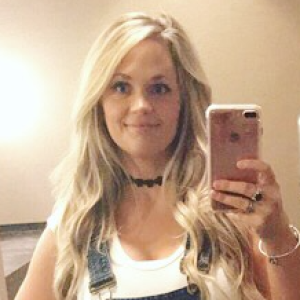 I'm so glad you're here! I'm Tiffani- Welcome to my blog! Read More…

Find out the latest in Disney Updates · Travel · Designs